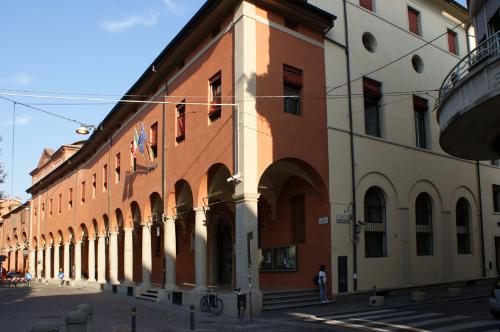 The Pinacoteca Nazionale di Bologna is located in the former Jesuit novitiate of St. Ignatius. Today, the structure of the museum is completely renovated (1997) according to the most modern principles of conservation and museum construction, and offers to the visitors a fascinating journey through Emilian painting from the thirteenth to the eighteenth century.

This art gallery was founded in 1808 and here you can find artworks since the 14th century: Vitale, the so-called Jacopino, Simone dei Crocefissi and Jacopo di Paolo, Giotto and Lorenzo Veneziano, in addition to one of the largest collections of fourteenth century frescoes taken from other places of Bologna (like those from Church of Mezzaratta).

In the Renaissance section there are paintings by Vivarini, Cossa and Costa, Perugino and Raffaello and the masterpieces of Parmigianino and Tiziano. The richest section of the seventeenth century offers rooms which are dedicated to the three Carracci and Guido Reni, Guercino, Domenichino and Tiarini. The exhibition concludes with works from the eighteenth century, Emilian (Crespi, Creti, Gandolfi). Upstairs is the “Gabinetto of Drawings and Prints”, filled with thousands of pieces, available only to scholar, on request.

data from the linked data cloud